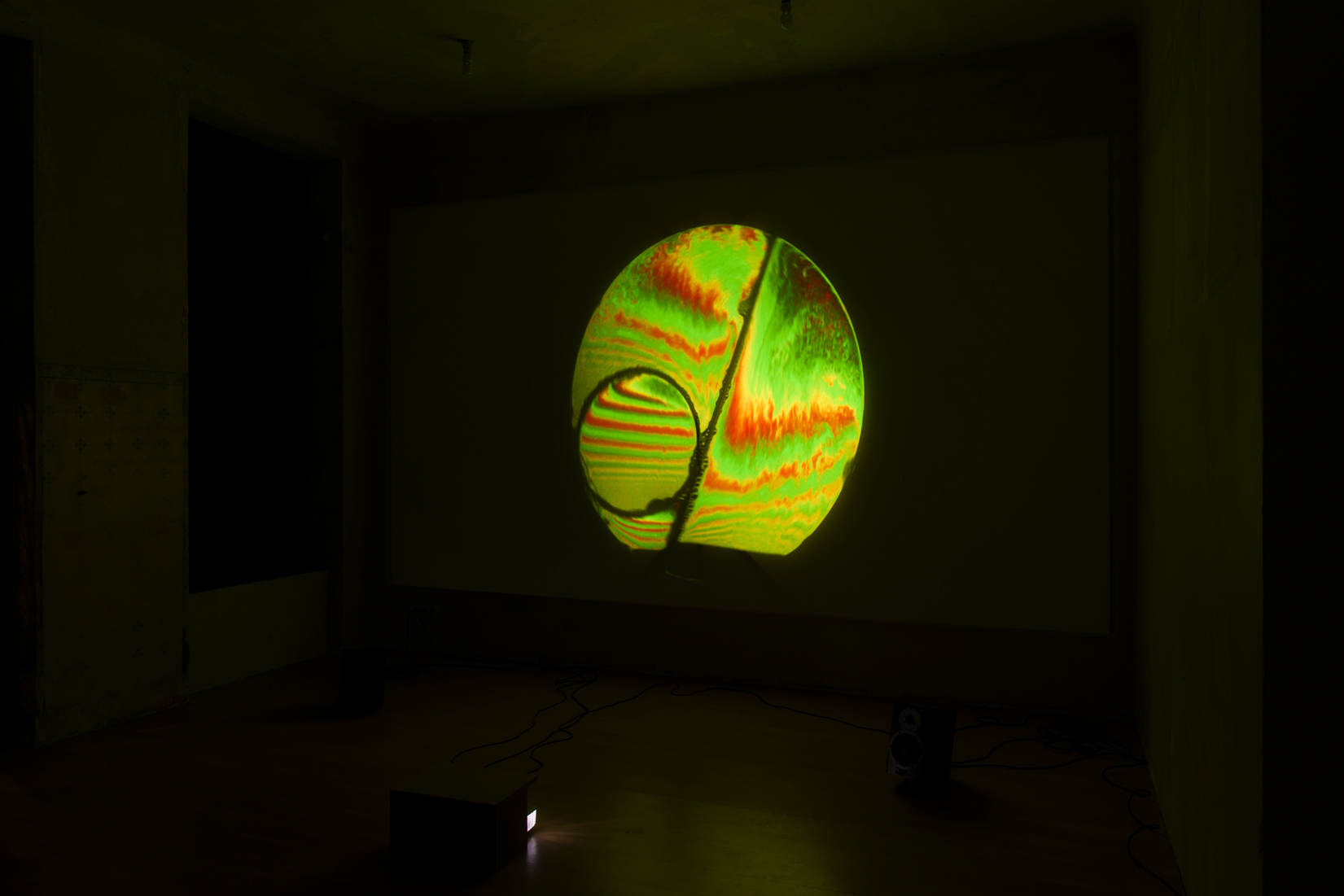 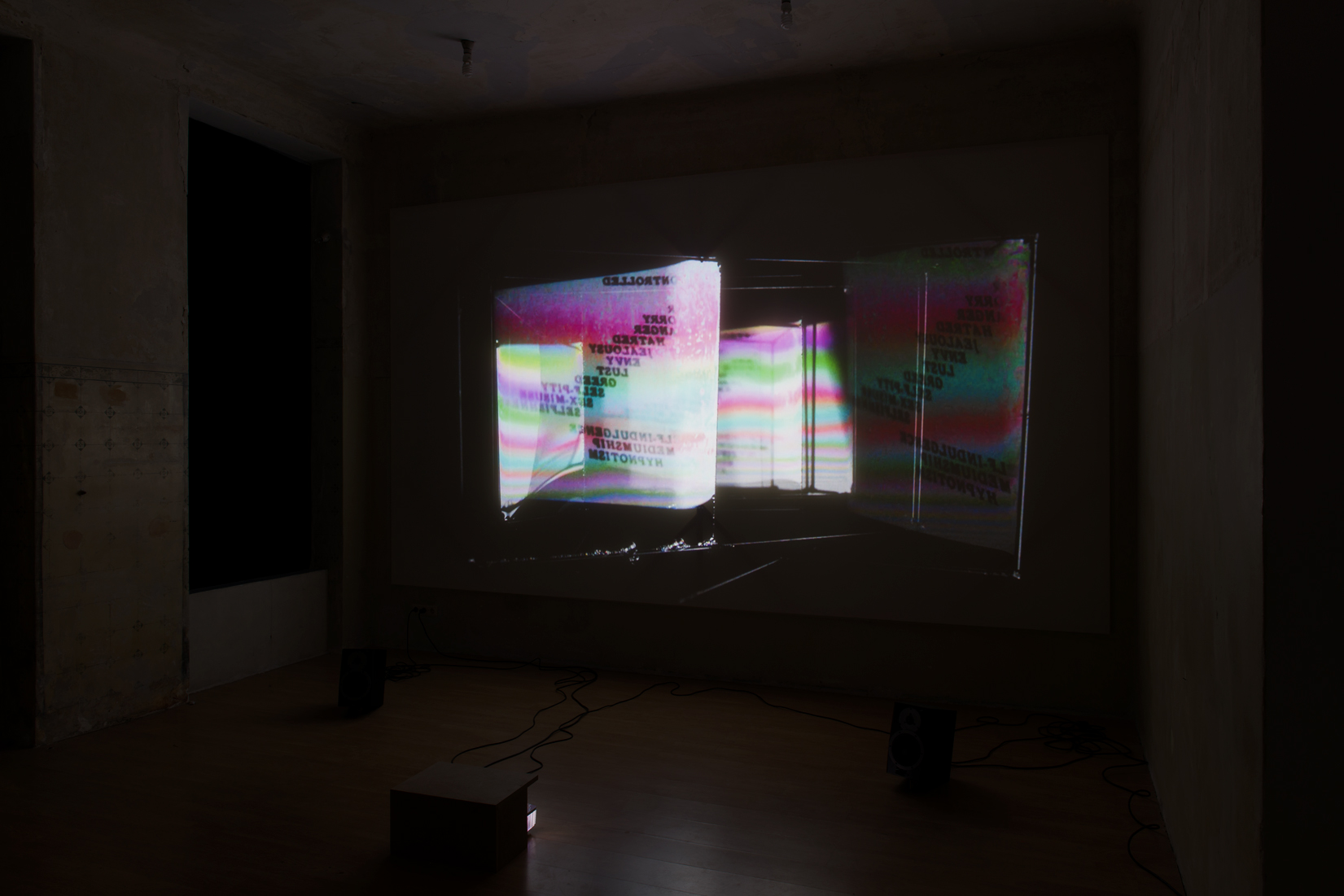 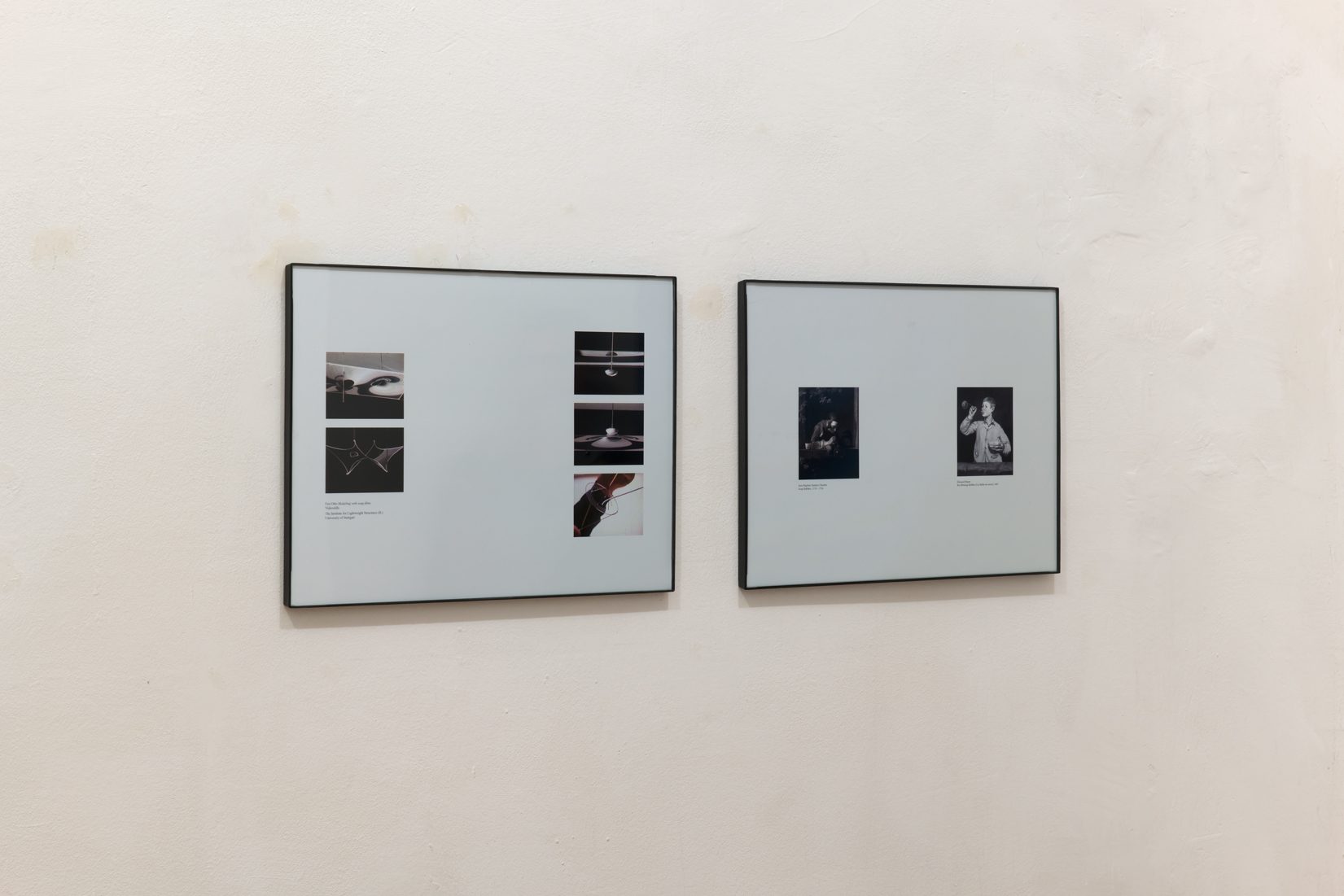 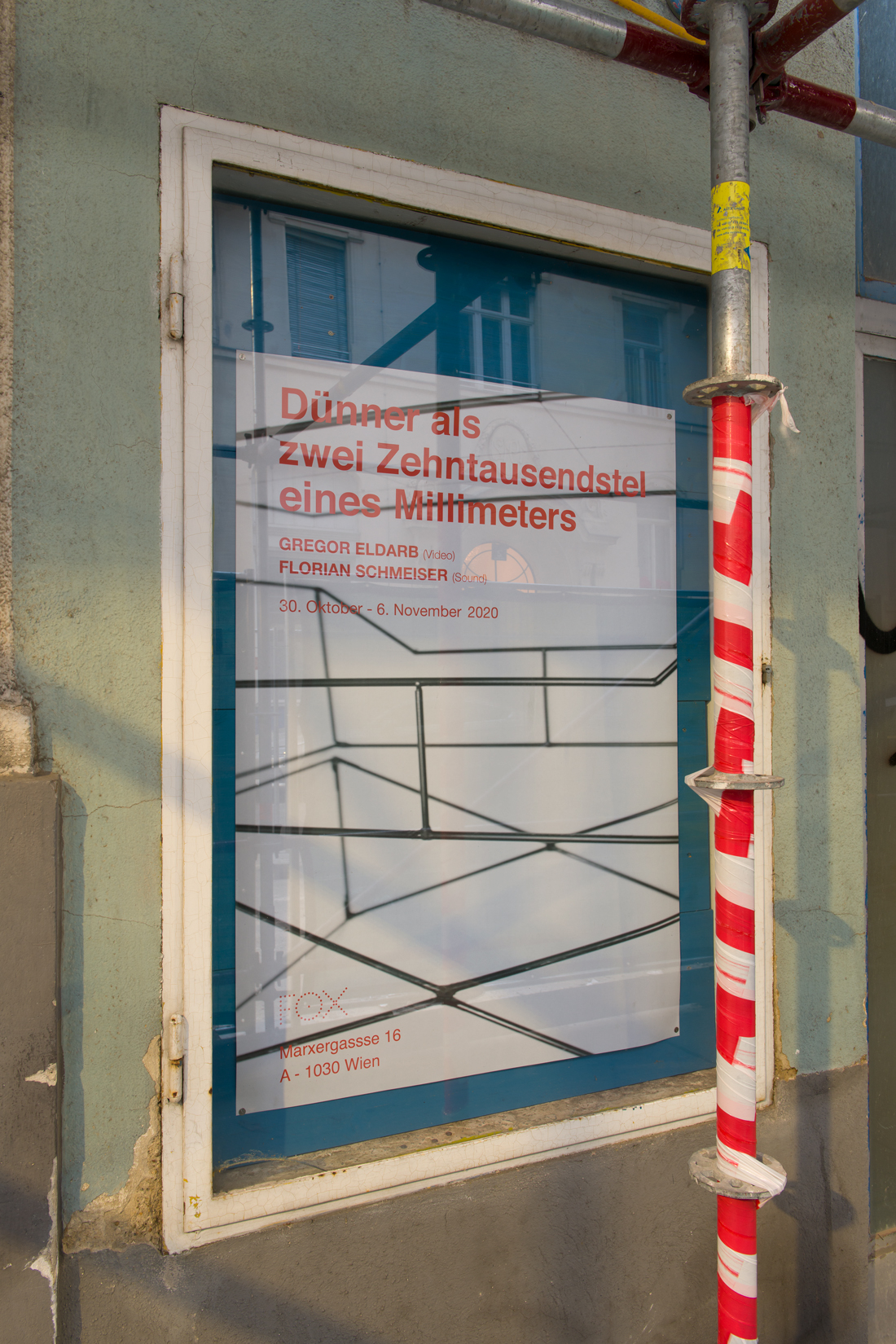 The starting point for the video Dünner als zwei Zehntausendstel eines Millimeters [Thinner than two ten-thousandths of a millimetre] are nature’s formative processes. The piece is inspired, among others, by the German architect Frei Otto. In his work, he was concerned with an intelligent, lightweight, and sustainable way of building that borrowed its designs and construction forms from nature. As nature’s formative processes take place without human intervention, they are also called processes of self-formation. In line with this, for my film I made frames respectively objects on which soap films are applied. On these different objects, reflections of images on a monitor (films, abstractions, art-historical paintings) become visible. For the work’s aesthetics, both the typical motions of soap bubbles and the prismatic colours that, due to the interference of light waves, develop on the thin layer of soap, are essential. The experimental setup consisted of a table, a monitor, and differently formed wire objects: among others, a revolving oval, rectangular frames, concave forms, as well as geometrical shapes that, in addition, were subdivided by threads. Depending on the soap layer’s thickness, the play of colours would last shorter or longer. The optimal conditions for the visibility of interference colours are indirect lighting (with a 45 degrees angle of incidence and the absorption of the reflection at 45 degrees angle of reflection) and a dark background. Moreover, time is an extremely important factor, for the combination of gravitation and capillary force causes an inhomogeneous wall thickness of the liquid that thins out towards the bottom and becomes more and more colourless (“destructive interference”) until, after around a minute, it bursts. In accordance with these principles of physics, pictures on a monitor were reflected in the diversely shaped soap screens, among them Frei Otto’s experiments banned on film1, but also references in art history from Manet, Man Ray or Buckminster Fuller alike, as well as own photos and videos that reflect the experimental setup itself (its geometrical objects, but also diverse colour schemes, etc.). The film shows very well how these colour schemes, shapes, or different materials like concrete change appearance on the soap film: black-and-white images turn into coloured ones, shapes lose their distinct contours, and usually rigid surfaces start to vibrate. Art-historic research has shown that for the use of soap bubbles structural aspects (Buckminster Fuller or Frei Otto) played a role, just as did painterly-imaginary ones (Manet, Man Ray). For the film also the notion was significant, for instance, that the result is unforeseeable because, in this case, the pictorial ground – the canvas – is instable and essentially co-determines colour gradients and shapes. Moreover, there are two time-regimes that intertwine: the course of the projected video or image, and the soap film that according to physical conditions – when the soap bubble’s membrane is “thinner than two ten-thousandths of a millimetre” – results in self destruction in the end.