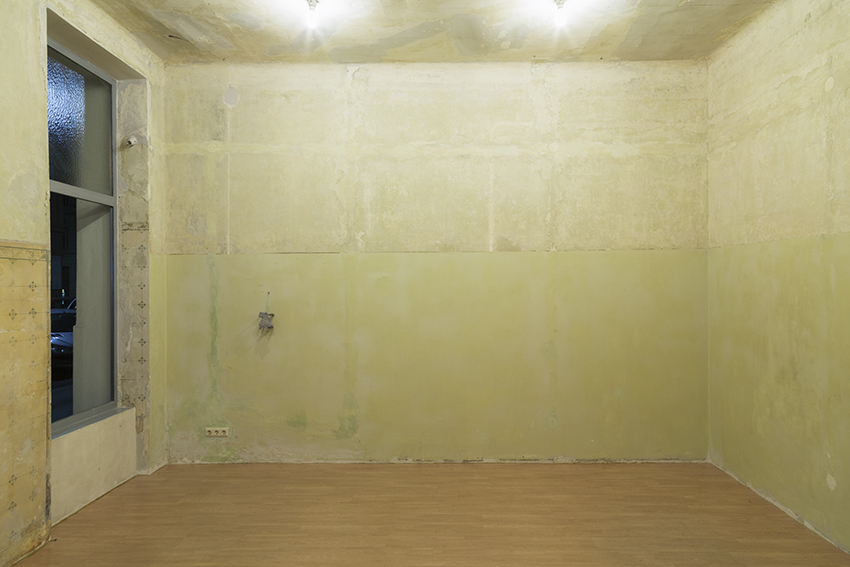 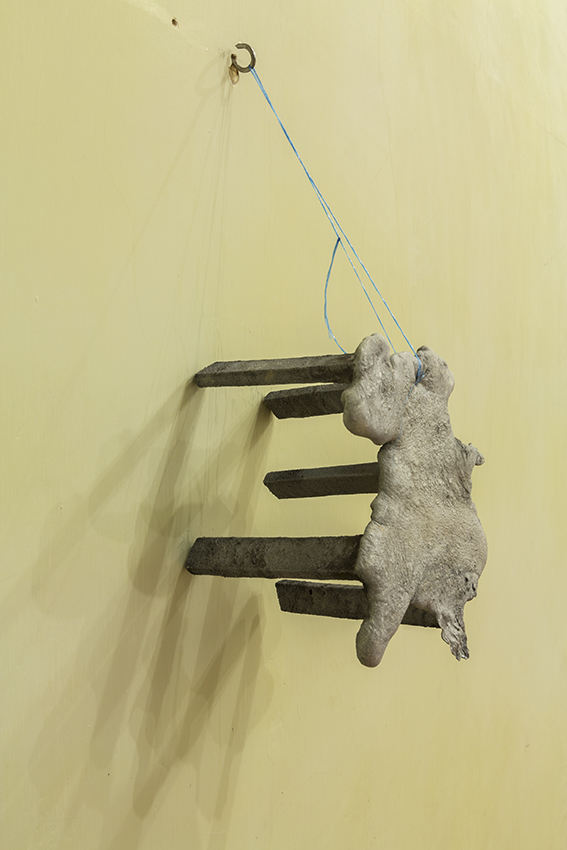 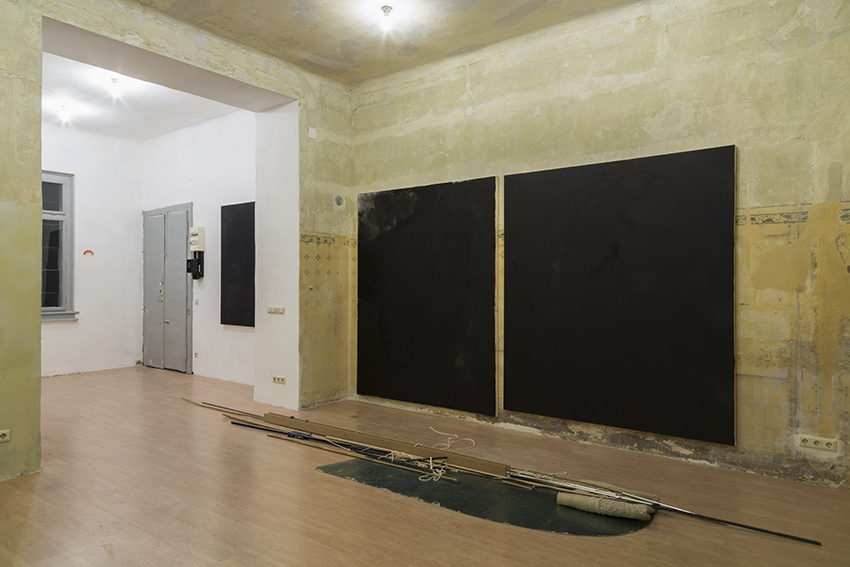 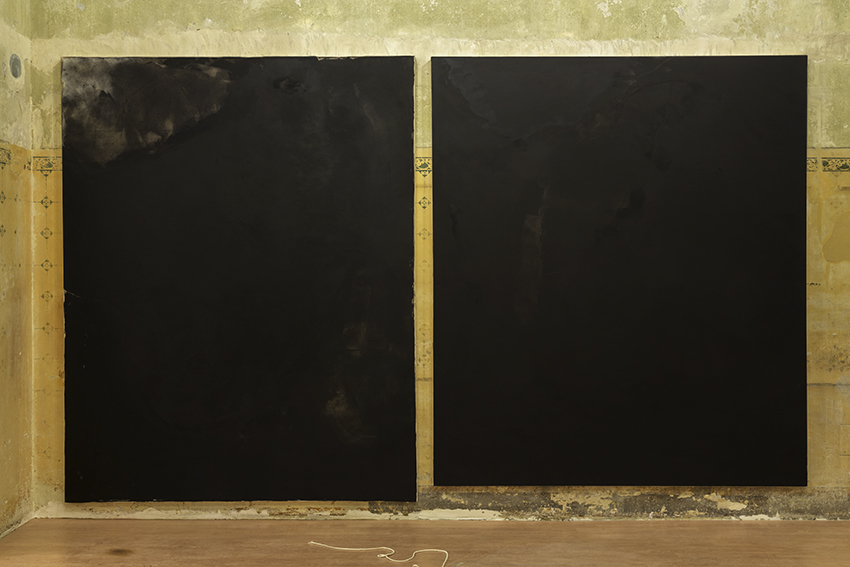 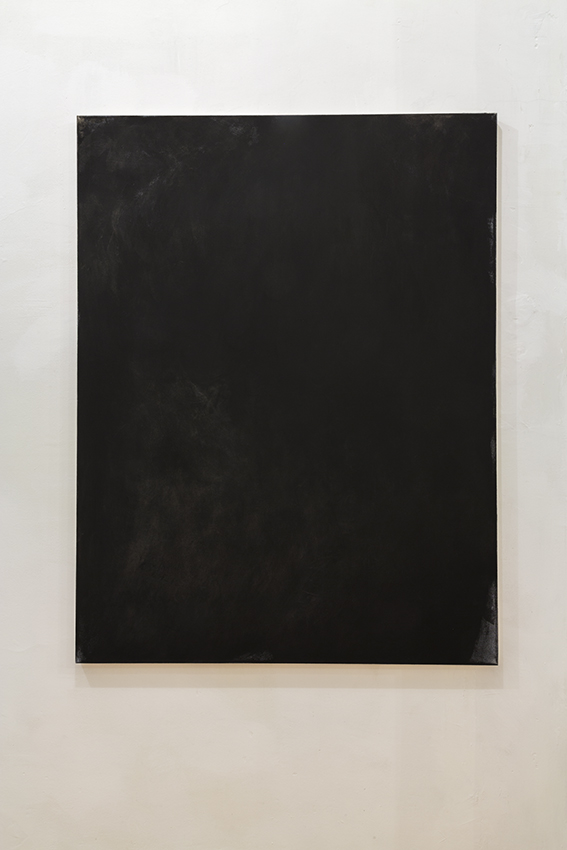 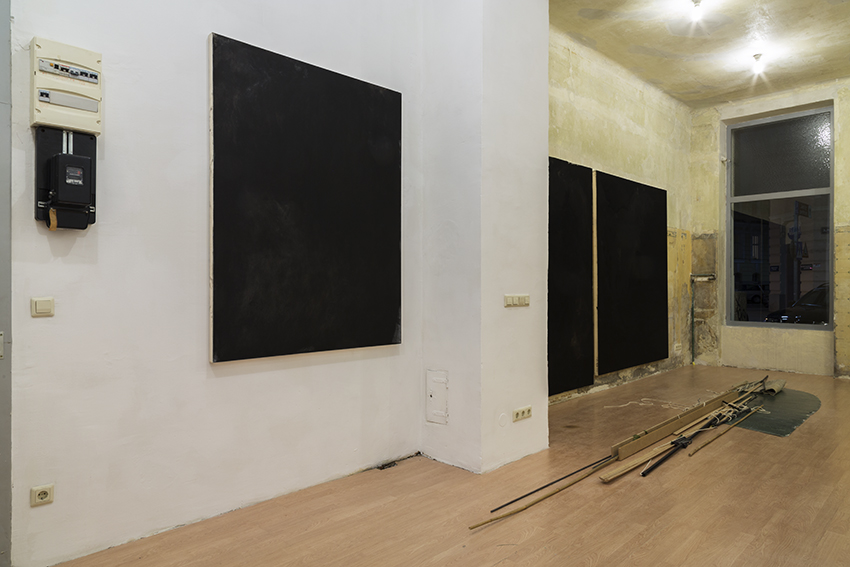 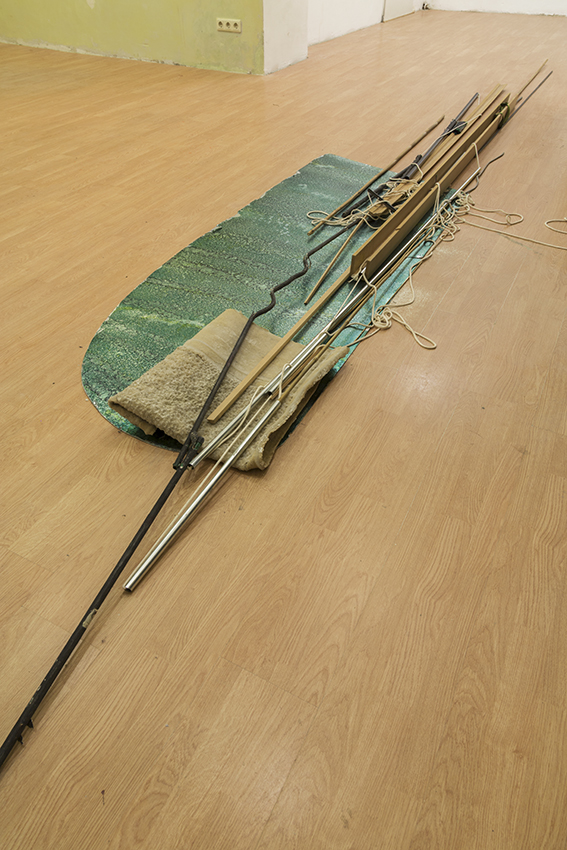 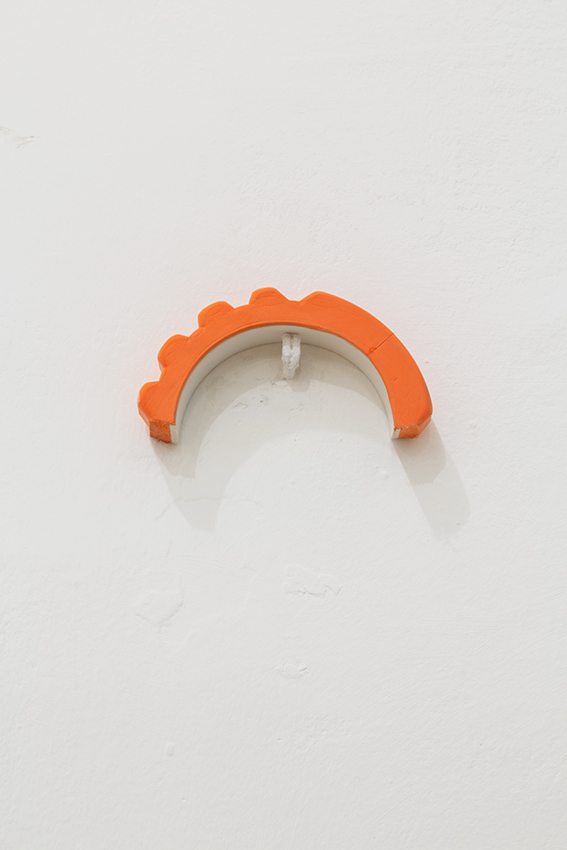 Lone Haugaard Madsen’s artistic practice has changed since 2006 – from the analysis of art institutions based on artistic research to the production of seemingly abstract sculptures, paintings, and objects; works that were almost exclusively produced in the studio, which nevertheless do not lack Haugaard Madsen’s critical access.
While priorly art’s reception had been in the foreground, the conditions of artistic production are focused on now. No longer bound to art institutions as the field of interest, the studio with its spatial, historic, and social dimensions has become the subject of Haugaard Madsen’s work. Just like her „Museumsbänke“ [Museum benches] reflected institutional imperatives, current works contain the specific necesseties of spaces of production. She has since produced a large number of works, which implicitly reflect on the conditions of artistic work.
Many of the materials used by Madsen are other artists’ production residues. Friends and colleagues with whom she has shared her studio provide her with remnants, leftovers, and design materials from their own studio practice. Other works indexically refer to the studio: casts of some corners of her studio, for instance, or graphic works in which she has reproduced her studio’s wall structure with simple printing techniques; sculptures of dimensions so they only just fit through the studio’s door, or amorphous objects made of carpets, which had previously cladded the studio’s walls – all refer to the spatial dimentions of her working space. By leaving many of these objects, sculptures, and paintings seemingly unfinished, and only subtly modifying found forms, she underlines the artistic decision-making process.
Recently, Lone Haugaard Madsen has frequently also expanded her studio into the institutions in which she has exhibited. In order to shape her work on site, she has sent unfinished pieces from her studio to galleries and art societies (Kunstvereine) and has used remains of prior exhibitions and materials found in the depot or workshop of the respective institution. Occasionally, she has painted over the posters and invitation cards for previous exhibitions or she has used partition walls, turned horizontically, as large pedestal displays (which, btw, can never really be regarded seperately from her actual works). Her materials are thus informed with narratives of production, which in turn could be understood as an aesthetics of working conditions. But like the afore mentioned ‚benches’, which despite their reduced form imply an ambivalence in terms of reference and practice, Haugaard Madsen’s production narrative is not a cohesive, coherent narration. This incoherence is possibly best described as an essayistic practice: a diverse collection of terms and relations, which can not be reduced to a clear content. These works avoid illustrating semantic clarity, for they do not claim objectivity for themselves. With their subtle irony and abundance of ephemeral allusions and associations, they are far from offering solutions. It is this (partly) paradoxical narration that suggests essayistic concepts of authorship; concepts that imply idiosyncratic decisions, subjectivity and taste, while at the same time the conditions form their perspective. Therein lies the ambiguous character of Lone Haugaard Madsen’s most recent artistic production.