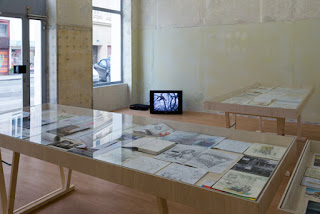 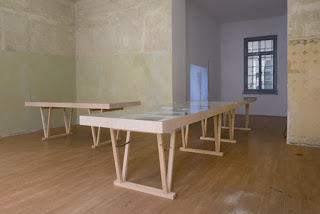 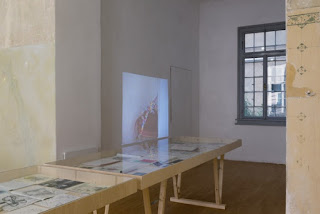 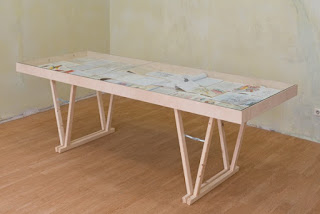 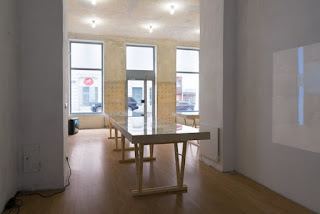 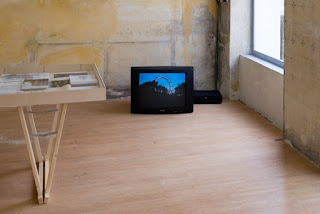 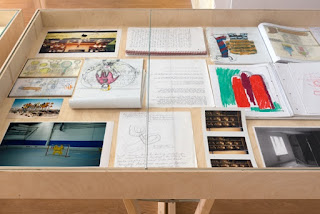 „Circumstanza“ – Situations
On Rudolf Weidenauer’s work and modes of action
Everything that is, I’m gonna dump.
Everything that was goes down the urinal.
Only what has no chance of becoming will I diligently go about.

“Do something with your life!” A seemingly harmless imperative sentence that demonstrates that life is no longer meaning per se but has become an adjustment variable for supposedly higher purposes. Rudi Weidenauer’s oeuvre was dedicated to questioning life commitment and searched for art forms, which would still allow him and others to live a life. The whole point of artistry is to find this specific endpoint that offers an escape from the usual debris. In this, in the calm when purpose dissolves, a pleasure can emerge that brings something to the fore that no longer serves as commitment to whatever aims that, having no better word, may be called “life”. For it will hardly be all the other nonsense (work, consumption and self-optimisation) that we are constantly told to do.
One of the strategies (if this is what you really want to name it) that Rudi Weidenauer employed was the (so-called) “Scherzl” strategy: ironic sketches and bricolages that indicated something bigger, which in most cases didn’t even exist. Here, the disruption of thoughts was the method. The often sudden end can be considered as emergency measure, for which two reasons can be named: on the one hand, most things Rudi did were an offer of talks. Once the pottering around could be given up in favour of a human encounter or collective daydreaming, it was. On the other hand, to him “works” were deeply suspicious. In his oeuvre, one thus should find a clear rejection of work(s). “People always want to make something, but so much has already been done. Now I should add to this, too?” was one of his characteristic, partly consciously paradoxically outlined thought loops. Frequently after announcing not to do anything, he would sit down and do something. A significant part of his work that would have documented how capable he was at times in being idle in a striking way is – due to certain orders of logic – no longer available. The rest however shows how fragile art is when it keeps its composition open. In some of Rudi Weidenauer’s manifestations that, for their emergence from everyday impulses, can be labelled “true-to-life”, something seems to be clear and visible, only that you can’t pin down what.

At times, Rudi Weidenauer downright suspiciously observed the reception of his work. He knew the pleasure others took in turning his actions into something they had never been, and how he always needed to be on alert to the chasm of conventionalization. At the same time, he inquisitively listened to every interpretation and was privately also pleased about misunderstandings. His unbroken readiness to start and make the next sketch was accompanied by a clear sense for what was too “big” and was threatening to become too “defined”. Once they had left the trail of determined uncertainty, the works turned back to the familiar purpose-driven linkages that thwarts life and makes it sticky. For Rudi Weidenauer, the worst kind of fly glue was the artwork itself. If he had the impression that he was sitting as an artist on an artist’s seat to make an artwork on the artist’s desk, he would crack and go jogging. To him, this was an intolerable constellation. “We’re not even going anywhere near this!”